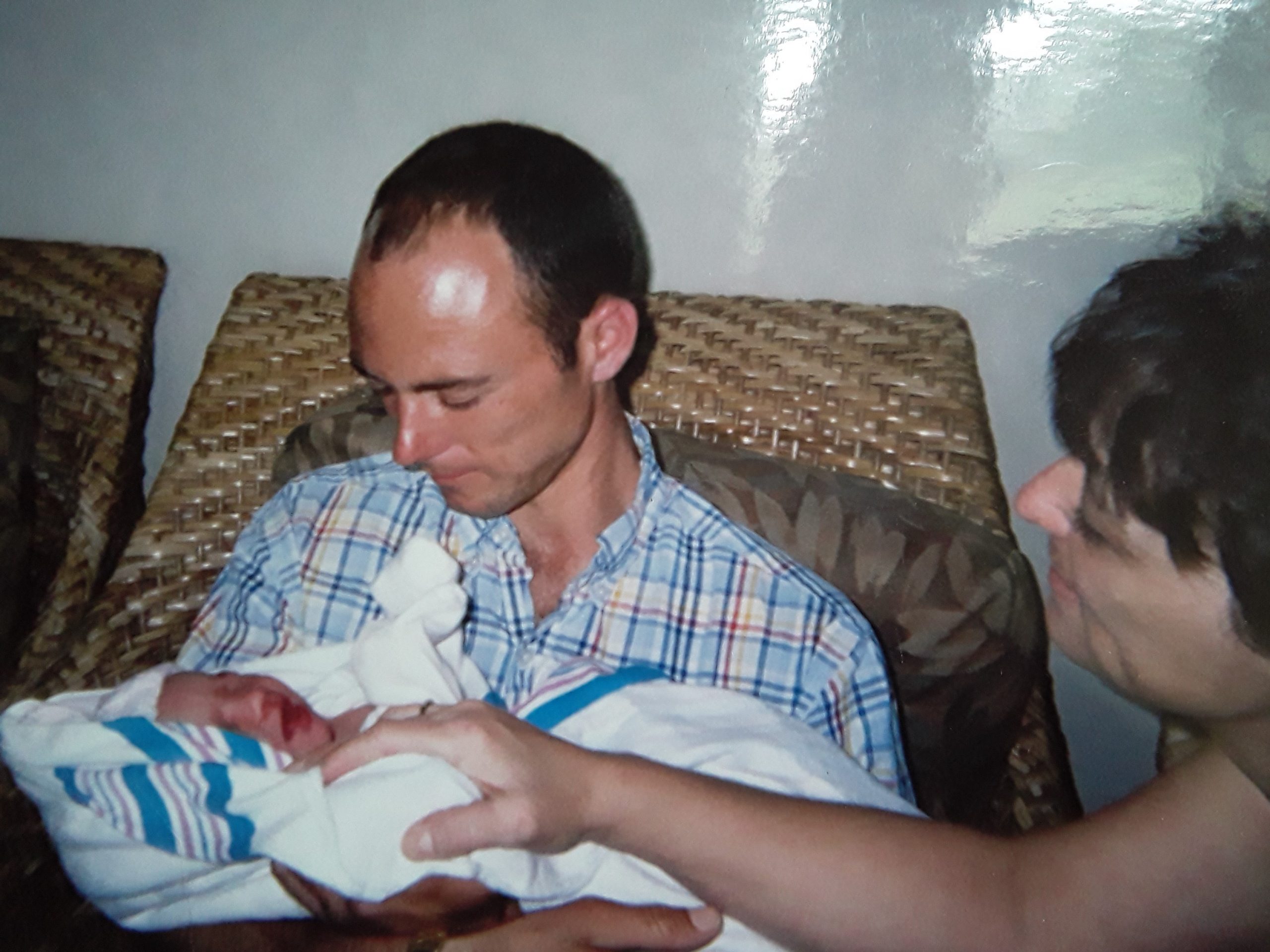 Chris holds his niece for the first time

Tina remembers her son, Chris, as bright and extremely intelligent. A strong person. Her hero.

His path in life was filled with challenges and as a result Tina is no stranger to grief.

At age 17, Chris was diagnosed with schizoaffective disorder, a combination of schizophrenia and mood disorder symptoms, and obsessive compulsive disorder. He no longer seemed to be the same person that he used to be. It was a devastating blow.

“After he was diagnosed, I went through about a year of grieving for who he was and the life I thought he would have,” says Tina. “It felt like I lost my son.”

Then, far sooner than anyone could have imagined, another life-changing diagnosis. Chris had lung cancer which spread to other areas of his body. At only 36 years old, he dealt with the situation as best he could. Chis tried to stay upbeat and often told Tina he thought he had a good life.

When the time came, Suncoast Hospice ensured he was as comfortable as possible. A nurse checked on him every day and he had several spiritual care visits. His case manager was always available to assist with compassion. Chris passed peacefully in his sleep in early July of 2019.

For a second time, Tina was grieving the loss of her son. This time, however, it was much more intense. Before she was still able to see him and talk to him. Now it was a physical, permanent loss.

“I couldn’t stop crying. I couldn’t sleep and wasn’t eating. I thought about Chris 24/7,” explains Tina. “It was a big deal just to get out of bed and then it became a big accomplishment if I did the dishes.”

Throughout these difficult days, Suncoast Hospice remained by her side. Weekly one-on-one sessions with a grief counselor gave her the tools and encouragement she needed to keep moving forward. Reiki therapy sessions helped her get much needed sleep at night. Eventually, Tina was able to move to counselling sessions every other week. Though the grief is still there, and to an extent always will be, she has found the strength to function through it.

“Suncoast Hospice helped tremendously,” says Tina. “Dwight, my counselor, has been awesome. I couldn’t do it without him.”

The first year after losing a loved one is filled with many difficult “firsts” – holidays, birthdays and other special occasions. The idea of celebrating these special days without Chris was something Tina was dreading. Grief counselling helped take away some of that anxiety. She had an idea of what to expect and the tools to make a plan to get through the day. 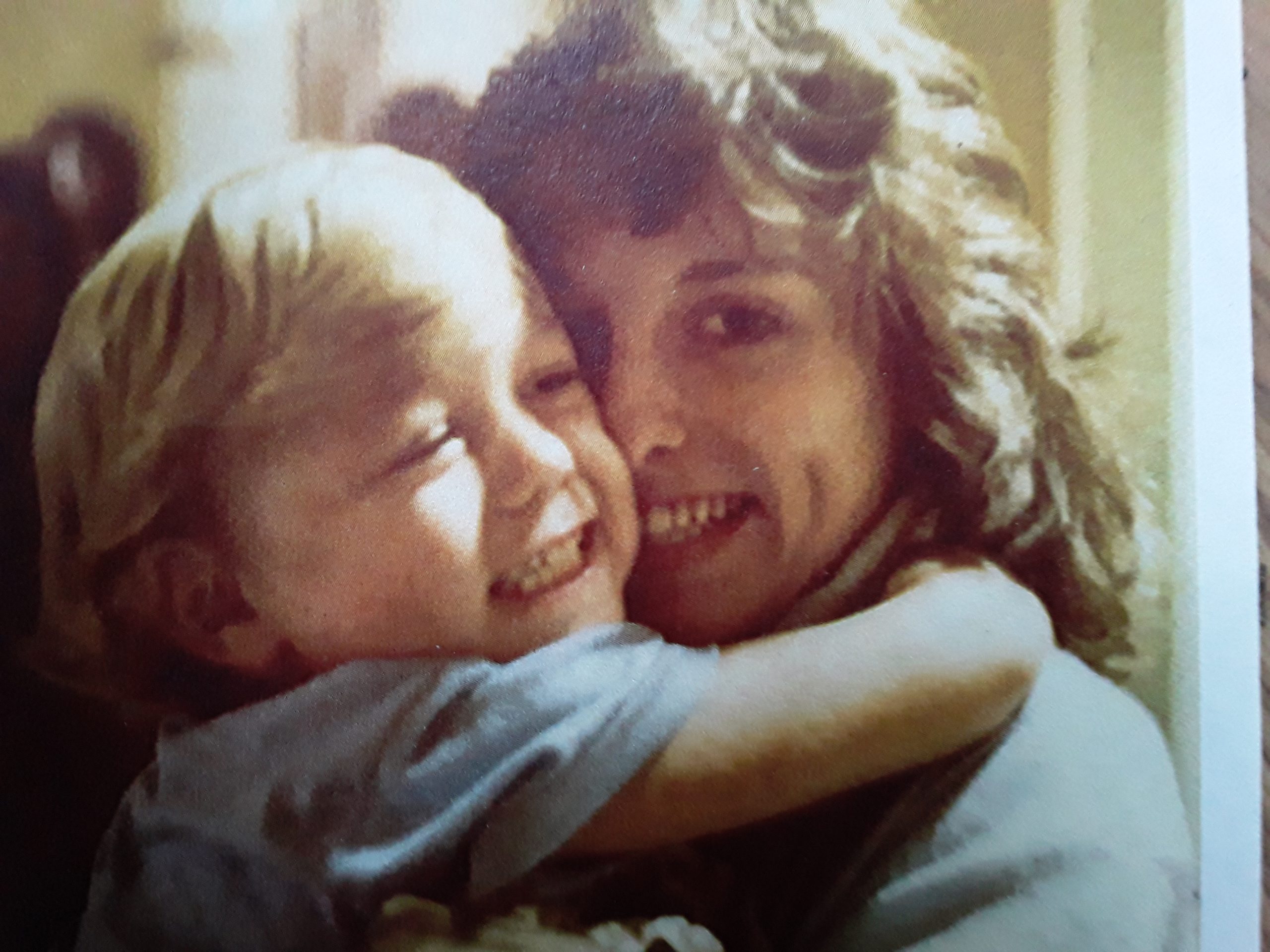 “For Chris’s birthday, Dwight suggested we do something we normally did,” explains Tina. “He always wanted Chinese food for his birthday. So, we went to the Chinese restaurant and celebrated his life. It helped make it not so painful.”

Grief is something that doesn’t go away quickly or suddenly. It is a process that matures with time. During the grief process, not every day is a good day. Sometimes Tina would feel like she was going backwards. On those days, she had reminders of all the progress she’s made and that bad days are a normal part of the process.

It’s been just over a year since Chris passed and because of grief support from Suncoast Hospice, Tina is adjusting to a new way living.

“People don’t realize that finding a place of healing is as long of a process as it is,” adds Tina. “It’s difficult but I’m learning to accept that Chris is still here with me in spirit.”

Learn more about how Suncoast Hospice can provide care and support for you or a loved one.