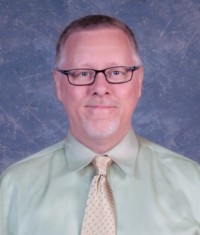 International Women’s Day on March 8 each year celebrates the social, economic and political achievements of women around the world. Who are some of the women that you have admired? Harriet Tubman’s work as an abolitionist and political activist? Marie Curie as the first woman to receive the Nobel Prize? Susan B. Anthony and her struggle for Women’s Suffrage? Amelia Earhart’s solo flight across the Atlantic? Rosa Parks and her civil rights work in 1955? Betty Friedan and countless other women who created the National Organization for Women? Billie Jean King defeating Bobby Riggs in a “Battle of the Sexes” match in 1973? Sally Ride becoming the first American woman in space in 1983? Throughout human history, women have made incalculable contributions to every arena of life: art, music, literature, philosophy, politics, social change, etc.

Think of all of the women who had devoted decades of their lives to this organization! Women who have worked in every capacity: from those first volunteers who envisioned and created our hospice, to caring for people at the bedside, to leading us as our CEO for many years. Their vision, determination and leadership have fundamentally changed the way that hundreds of thousands of families in Pinellas County have experienced the death of their loved ones. We owe them a debt of gratitude.

Today we also recognize that even though women comprise over half of our population and have contributed so much, we still fall so short in terms of parity and equity. As we reflect on, honor and celebrate the contribution of women today, may we renew our determination to work for the day when women operate on a level playing field!

Have a great week, everyone!