A Tribute to Terry 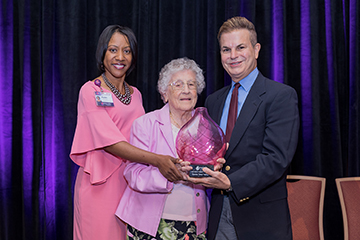 For more than 43 years volunteers have been the heart and soul of all we do at Empath Health. For more than 15 years, Theresa “Terry” Pellegrino exemplified that. Whether she was sitting at the bedside of a hospice patient at the North Pinellas Care Center, greeting visitors at the welcome center, gladly putting in a load of laundry or giving one of many media interviews on the occasion of her 100th birthday, Terry did it in a caring and joy-filled way.

Terry recently passed away after being cared for at the Care Center she loved dearly and surrounded by the people she worked with side-by-side over the years.

Over her tenure as a volunteer she wore many hats as she was always looking for ways to expand her knowledge and ways to help others. Terry began as an office support volunteer at our Palm Harbor Service Center where she became the leader of a long-serving group of volunteers who became the best of friends. She soon added direct patient care when she began volunteering at the newly-opened Care Center across the parking lot.

At the Care Center she dove in taking additional trainings so she could help patients at mealtimes, became certified in Reiki (energy works) ending up as a Reiki Master – the highest attainable level, and became a transitions volunteer who would sit with patients at the very end of their lives when the patient had no one else to be there. She volunteered four days a week, driving herself much to the consternation of her son.

Empath Health recognized how special a volunteer Terry was and presented her with our highest volunteer honor, The Mary J. Labyak Award, at our annual volunteer luncheon earlier this year. In true Terry fashion, she delivered a poignant, yet witty acceptance speech. In honor of Terry and her service to Empath Health, we invite you to watch her speech and in honoring her life and service. 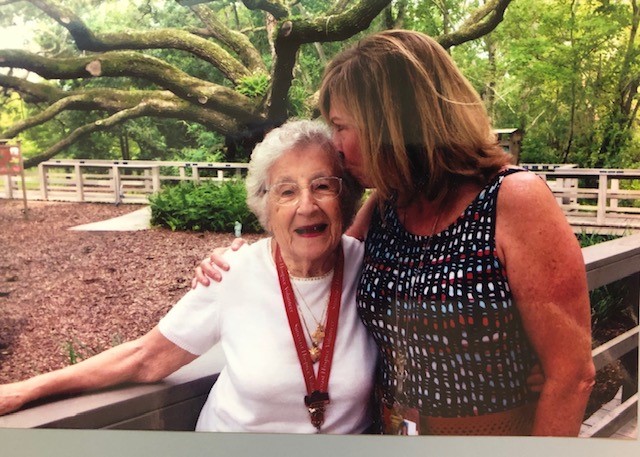 Terry and Kathie at the Boardwalk. 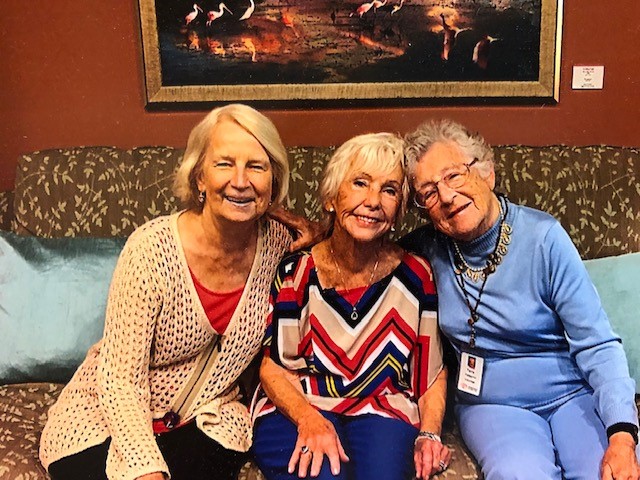 Terry with her volunteer buddies, Izabel and Irene. 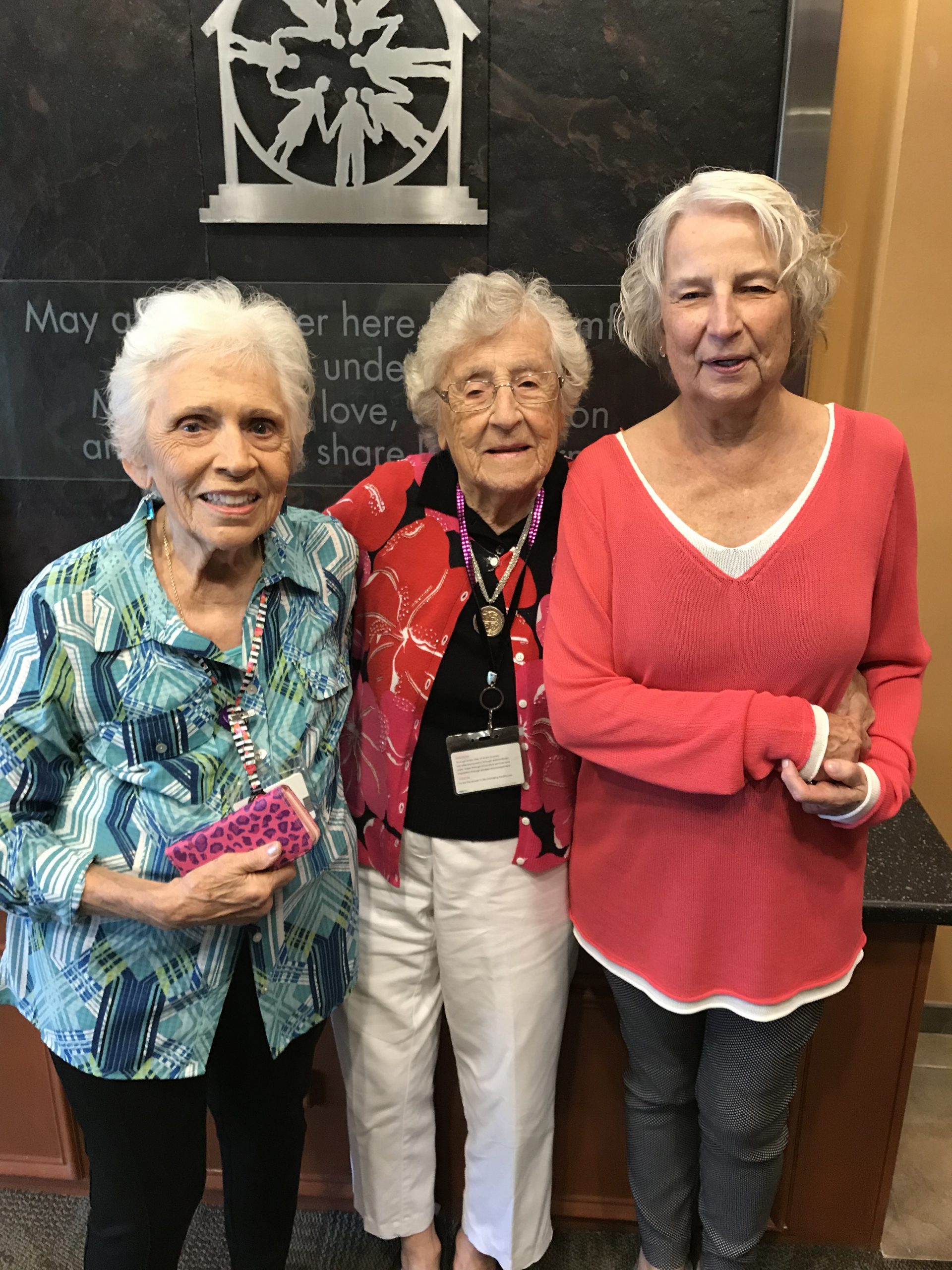 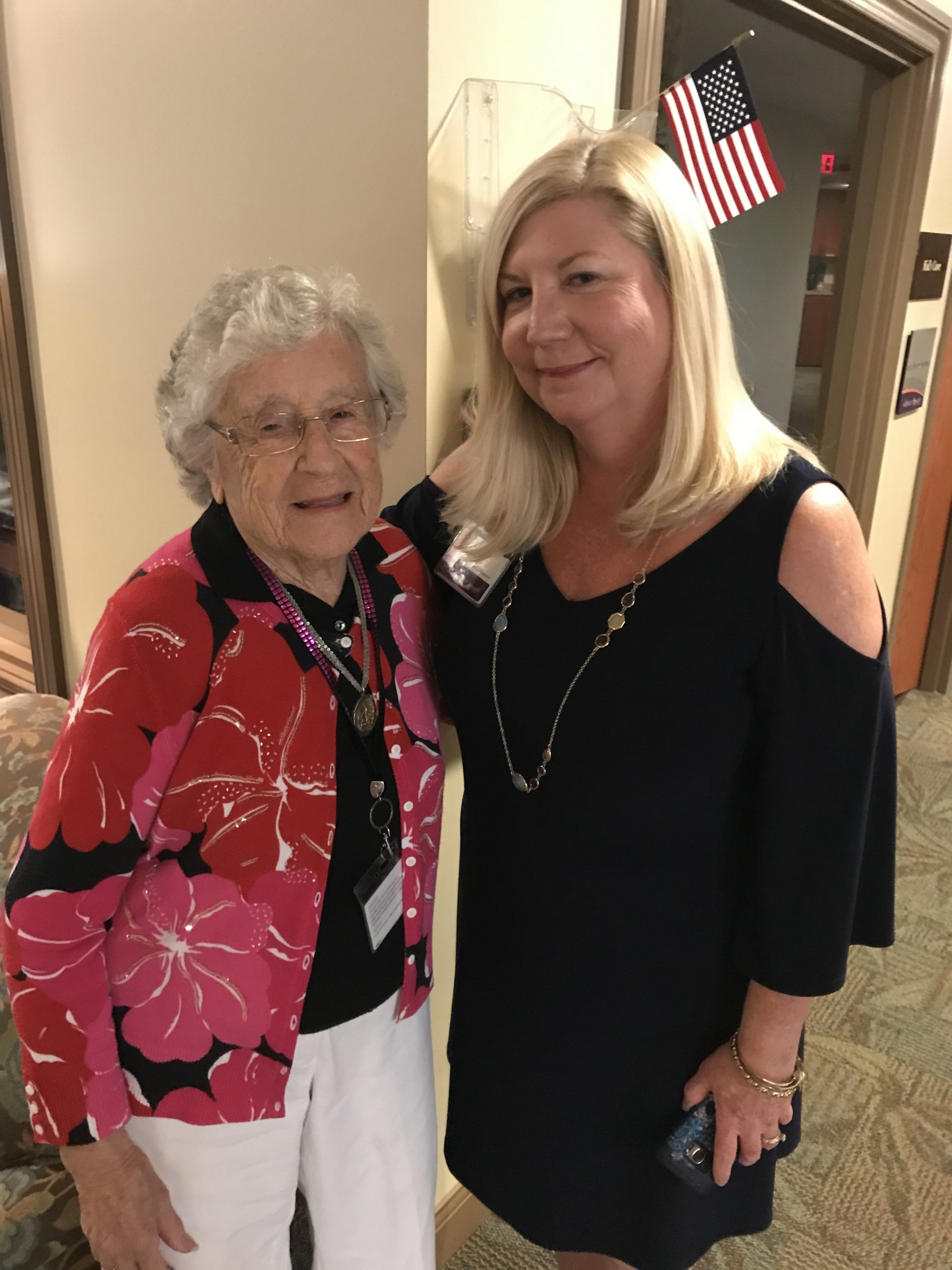