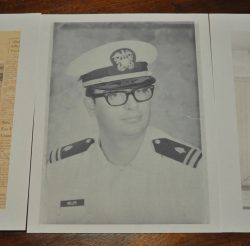 Navy veteran Butch Miller during his days of service

Israel “Butch” Miller joined the Navy with his sight set on going to Vietnam. Instead he landed in California at Naval Hospital Oakland. He served as a lieutenant and one of the first commissioned male nurses in the Navy, caring for many service members wounded in war.

Miller and five other local war-era veterans told their service stories as part of Empath Honors’ Veterans History Project Community Story Day hosted at Curlew Hills Memory Gardens. Our volunteers conducted and recorded the video interviews, which will be sent to and archived at the Library of Congress.

The other veterans included:

Here’s a snapshot of Miller’s interview and story:

Miller grew up in Lawrence, MA. He went to a recruiter and signed up with the Navy. He served from 1965 to 1968 during the Vietnam era. Other family members served before him and he wanted to make an impact. 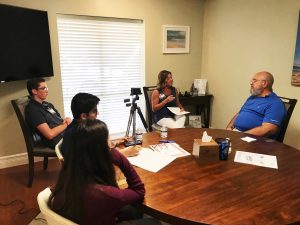 “My father drove me to Newport, RI. It was the first time I saw him cry a little. I was adrenaline-driven. I thought I could help and make a difference. I was excited but I didn’t know what to expect,” Miller shared.

His first six weeks of training were in Oakland, CA. He made history becoming one of the Navy’s first commissioned male nurses.

“To me, it was no big deal. I went in an as an officer. They asked where I wanted to go. Vietnam was at the top and San Diego because of the warmth, but I went to Oakland. There were two male nurses, me and George. We couldn’t go to Vietnam and we couldn’t go on ships because nurses didn’t in 1964,” he explained.

Miller was based at Naval Hospital Oakland. A few surprises emerged along the way.

“Officers had to buy their own uniforms. We couldn’t live on the base, so I had to find an apartment furnished and I needed a car to get to the base,” Miller said. 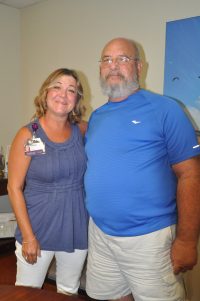 He first worked on the amputee floor.

“We were the amputee center for the west coast. We had our own prosthetic lab. They (patients) were all casualties of war and almost all were universally-infected and taken to the operating room. My job was to do assessments and schedule surgeries. We had a lot of people show up, like the Playgirl Bunny girls and movie stars,” he noted.

Next he worked in the surgical ICU (intensive care unit).

Eventually he reenlisted, applied for college and got out of the service. 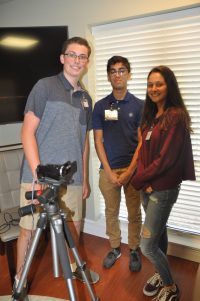 Teen volunteers after the interview with Butch Miller

Miller returned home determined to participate in the presidential election.

“I visited my sister and uncle and then I went home because I needed to end the war. I needed to be home to vote for Nixon. We were pretty upset having these guys get injured. These were injuries in a war that made no sense to me. I went home to visit my parents and I met my wife. I worked in a hospital there. We moved down here 20 years ago,” Miller shared.

Over the years he stayed in touch with George but buried his military past within.

“For a long time I didn’t tell anybody I was in the service. People didn’t like the military in that era. I didn’t talk about my service for many years, not even with my wife,” he said.

Today he re-identifies with that important part of his life.

He noted, “Now I am very proud to be a veteran. I am pretty proud to be one of the first male nurses commissioned in the Navy.”

To get involved with our Empath Honors veterans program or our Veterans Serving Veterans volunteer program, call our main number at (727) 467-7423 and ask for Melissa Moré.