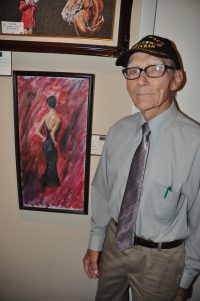 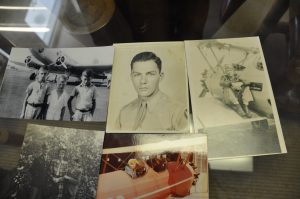 Nine local wartime veterans, spanning many branches and generations, were interviewed and videotaped by specially-trained Veterans Serving Veterans and teen volunteers of Suncoast Hospice and Empath Health. Their interviews will be archived at the Library of Congress and preserved for future generations.

“These stories are the fabric of our American History,” shared Empath Health Director of Volunteer Services Melissa Moré, who spearheads this initiative and other veterans programs for our organization. A total of 75 interviews have been recorded since 2012.

Moré added, “We first started doing them for our veteran patients and then we recognized that there were other veterans in the community who wanted to share their military stories. It can be an opportunity for them to reflect on the memories, friendships and difference that they made in their service and an opportunity for us to honor and thank them for their service.”

Peter J. Garino, a World War II Army Air Forces veteran, enjoyed meeting and swapping stories with our volunteers and staff at this year’s community story day. He has been involved with the Veterans Art Center of Tampa Bay and participated in last year’s event.

His roots run deep with a long family line in aviation and military service. He is grateful for his long and fruitful life and hopes to keep on making a difference.

“I’m thankful that the Lord has given me so much. I’m here for a purpose,” Garino expressed.

Art is one of Garino’s greatest passions. He has created many works of art, including two paintings displayed at the center, as well as worked with artists at the Treasure Island Art Guild.

“I love art. I personally like to sketch people. I’ve sketched my family without using photographs. A good artist values proportion and light, but in the end, it’s what’s in that person,” he said.

Garino grew up in a Paterson, NJ neighborhood that had much diversity and unity.

“On Saturday mornings, I could run up and down everybody’s backyards looking to play baseball. Most people didn’t speak English, they spoke Italian, French and German,” he recalled.

His father and grandfather were born in Lyon, France and his grandmother was born in Switzerland. He is the last remaining living sibling.

“I’m just a small cog in a huge family that is dedicated to life, liberty and the pursuit of happiness,” he said.

As a young man, he followed in his family’s footsteps and joined the service. His father and younger brother were in the service around the same time he was during the war.

Garino shared, “I was sixteen when I got out of high school. I was involved in aviation all my life. I served in the Army Air Force from March 1943 to August 1946. I was a pilot. My service meant at the time to beat down the terrible nationalism. The core of Germany wanted to eradicate Jewish people.”

After the war, Garino married twice. His first wife passed away and he and his second wife currently reside in St. Petersburg.

He is proud of his six children. His daughter, who is deceased, made a special mark being designated an honorary admiral for helping arrange Navy reunions in Alabama. His other children are spread out across the country living in San Diego, Chicago, Tampa and New Jersey. 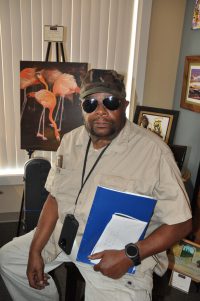 “They are roaring through life.”

Garino continued to work for the government as a civil employee of the defense department for 16 years. He went on and off to college, took online classes in civic government, graduated from Rutgers University and worked as a substitute teacher for three years.

Lifelong education is his goal.

The veterans interviewed this year include: 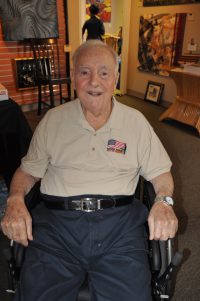 We’d love to hear from others who have served. Please share your story here.

We are seeking additional volunteers to join our mission of care at Suncoast Hospice and Empath Health. Please visit our website to learn more or to be contacted about volunteer opportunities.