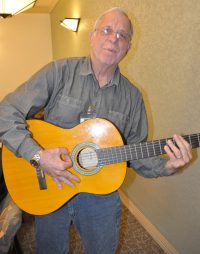 Music carries on in our hearts and souls. We remember the songs of our youth like it was yesterday.

Seeing the world-famous Beatles rock band perform live mesmerized George Wolf, a Suncoast Hospice volunteer. He was just 15 years old at that concert on August 29, 1964. Afterwards, he went out and bought his first guitar – a Fender electric.

“It was crazy. That was the height, something you never forget,” he said.

Wolf later taught himself to play electric, acoustic and steel string guitars. He and a few friends formed a group and played together.

He recalls, “We were fairly successful. We played at clubs in Greenwich Village (New York City). We opened for Bob Dylan and Joan Baez.”

Sharing the Gift of Music

Today, Wolf plays and sings for people in nursing homes and patients in our Suncoast Hospice care who he visits. He likes to perform the sounds of their high school 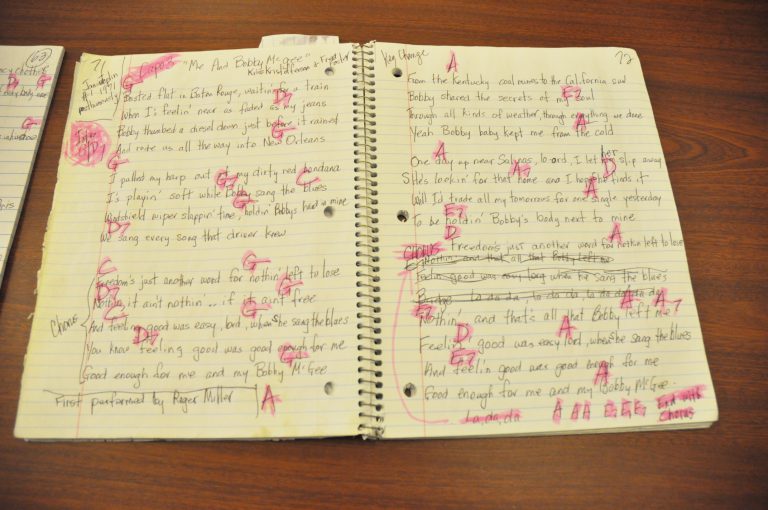 generations.  His six notebooks are handwritten with 300 songs spanning from the 1920’s to the 1980’s. There’s everything from Frank Sinatra and Elvis to the Beatles, David Bowie and Peter, Paul and Mary.

“It’s very important to know people’s ages. You have to play the music that they enjoyed in high school because that’s where the music memories are the most vivid,” he explained.

Making connections through music moves him.

He shared, “One of my guys (patients) used to sing along with me. He was 94. Sometimes, it can be someone who’s unresponsive and when I start playing I see that person smile or move his or her feet. It’s beautiful.”

After retiring from teaching and doing substitute teaching, Wolf turned to volunteering. He started as a Humane Society volunteer tending to cats. Wanting to give even more of his time, he joined as a Suncoast Hospice volunteer three years ago.

“Hospice took care of my mother, so it was natural. It’s the most heartwarming thing in my life, besides the love of my wife.”

Volunteers may bring music to patients in many ways, including playing live instruments, singing or playing recorded music.

If you’re interested in sharing your time and talents, visit our calendar and sign up for volunteer orientation. Free training is provided.