Caring for Vietnam Veterans at End of Life 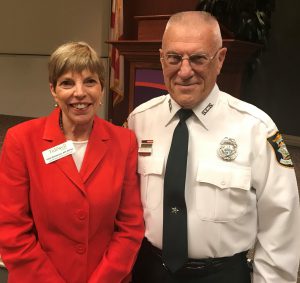 The landscape of veterans growing older and approaching the need for end-of-life care is shifting. The wave of World War 2 veterans is fading away while a new wave of Vietnam veterans is surfacing.

“We’re focusing on a new chapter of patients – the warriors of the Baby Boomer generation. These will be your next watch of soldiers,” explained Ben Knisely, a retired Army colonel and veterans liaison officer with Sarasota County Sheriff’s Department.

The colonel served in combat in Vietnam as part of his 27-year military career. There, he was shot down by an enemy missile, severely burned and injured and declared Missing in Action (MIA). Without food or water for days, he and his co-pilot survived and were rescued.

For many years, he withheld sharing that story with his family.

“It was 10 years before I could tell my two daughters about my shoot-down incident. I just couldn’t do it,” he said.

Henderson recalled the tumultuous times of that era.

She remembered, “The Vietnam war was the longest and most controversial conflict for America. I remember being 17 in college and walking through the protesters just to get to anatomy class. The news broadcasted the war boots on the ground and a lot of what people saw was horrifying. This was the first time that Americans failed to welcome home our veterans. They were accused of killing innocent civilians and babies and were spat upon.”

The war affected the lives of many veterans and their families.

“Some studies tell us that combat stress affected all Vietnam veterans. The horrible memories are always there, filed away in our minds. War is hell on families. So many of them never really experienced closure because their loved ones never came home. Veterans and families will require your understanding and compassion,” said COL Knisely.

One major condition that causes suffering with many veterans is PTSD (post-traumatic stress disorder), relayed Henderson.

“PTS (post-traumatic stress) is a natural response that any of us can have in response to trauma. PTSD is a diagnosis that requires psychiatric intervention.”

This condition depends on the circumstances of each individual.

“Someone in noncombat might have been in more stressful and traumatic situations than someone in combat. Military nurses saw mutilation just like their male counterparts and continue to experience PTS. There’s sexual assault in the military. Whether someone was enlisted or drafted makes a difference because those who are drafted may be bitter because they had no choice,” she said.

She reminded that it’s important for everyone to be sensitive of veterans’ experiences.

“People shouldn’t shoot off fireworks around them on July 4. There are triggers that can bring them right back to the battlefield. And don’t ask if they killed anyone or if their buddies died in the war. Those who’ve had to kill enemy combatants don’t want to talk about that.”

She shared, “Families also suffered from seeing the protests and worrying about their loved ones. They struggle with the aftermath of their loved ones’ PTS that can last for decades.” 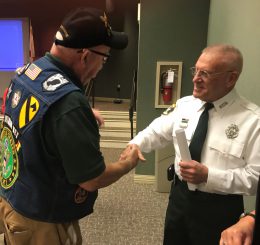 Many environmental and service hazards plagued those who served in Vietnam.

“Heat, humidity, monsoons, noise, fuels and solvents were there. More than 19 million gallons of Agent Orange was used to kill vegetation so they could see the enemies. It was extremely toxic and contaminated the water, air and food supplies. Veterans didn’t have showers. There were bacterial, fungal and tropical diseases and malaria was very serious,” Henderson explained.

Today, veterans live with the many health and coping issues of the war. Some are diagnosed with leukemia, cancer, diabetes, Parkinson’s disease or other illnesses. Others struggle with PTSD, anxiety, depression, substance abuse and other mental health issues,” she explained.

We’re here to serve Vietnam veterans with the comfort and support of hospice care.

“Caring for Vietnam veterans is our next challenge in the next decade at Tidewell Hospice and Empath Health. We need to care for them with compassion and meet any unique needs,” Henderson shared.

Our teams are specially trained to help address veterans’ physical and mental health conditions, including any traumatic flashbacks and feelings relived.

“The price of war can be suppressed until the unconscious gets weak. They were protectors over there and of our way of life here. They may have guilt over troubling decisions and actions. Forgiveness can help lead to a more peaceful death. Our chaplains and social workers can help veterans acknowledge guilt, find forgiveness and work with their families. If they’re feeling guilty, we want to make an environment that’s emotionally safe,” she explained.

Both Tidewell Hospice and Suncoast Hospice are We Honor Veterans level four partners. We focus on bringing special recognition, honor and support for veterans and their families.

“We provide pinning ceremonies and veteran volunteers who share camaraderie and trust with the patients. We also help people access veterans’ benefits. All of us can acknowledge veterans’ sacrifices and participate in community activities. It’s never too late to say, ‘I’m sorry about what you went through. Welcome home and thank you for your service.’”

Knisely is grateful for our care in the community.

“To all of you who do what you do, I want to thank you for all of that. It’s not just a job, it’s truly a calling.”

Need care and support for your veteran?

Find out about Suncoast Hospice care at (727) 467-7423 or request more information on our website.